Osteopathy is an independent, holistic form of medicine in which diagnostics and treatment are executed with the hands. Osteopathy gets to the bottom of the causes of discomfort and treats the person as a whole.

More than 140 years ago, the American doctor Andrew Taylor Still developed the principles of osteopathy after intensive research and thus founded a new medicine. Since then, osteopathy has been continuously developed further.

Our organism consists of countless structures that are all directly or indirectly related to each other. An important connection is created by the so-called fascia. These are thin layers of connective tissue that surround each structure and together form a large body fascia. The fasciae are usually hardly considered in conventional medicine, but they are of great importance for osteopathy. Fasciae also connect structures that have nothing to do functionally with each other. From the point of view of osteopathy, they can therefore transfer changes, which explains why the pain often occurs elsewhere than the cause.

Osteopathy builds on the body’s own self-healing and self-regulating powers. Diseases and disorders often result from the body losing its ability to regulate itself. This is where osteopathy comes in and mobilizes the body’s self-healing powers.

Every part of the body, every organ needs sufficient freedom of movement to function optimally. The aim of osteopathic treatments is to release blockages and tissue tension and thus restore mobility. Osteopaths always research the causes of discomfort and do not limit themselves to the treatment of individual symptoms. This means it does not treat diseases in the actual sense, but rather their triggers, such as movement disorders.

OSTEOPATHY ALSO WORKS AS A SUPPLEMENT

Osteopathy is used in many medical fields. As such osteopathy can be completely sufficient as the first and only medical measure.

Depending on the symptoms, it can also be used as an interdisciplinary approach to other medical treatments. This is particularly useful when treating serious illnesses.

After a detailed anamnesis in the preliminary talk, diagnosis and treatment are carried out with the hands. During the examination, osteopaths use so-called palpation to feel the human tissue layer by layer and thus feel deeper structures such as muscles, fascia, bones, as well as nerves, blood vessels and internal organs. This is how movement restrictions and tension are diagnosed. Determining physical dysfunction in this way requires years of intensive tactile training.

On average, osteopaths take up to an hour for one session of treatment. However, the exact course of treatment depends on the individual case. It is not uncommon for the response to osteopathic treatment to set in some time later. In order to be able to achieve success with certain clinical pictures, several treatments are to be expected. 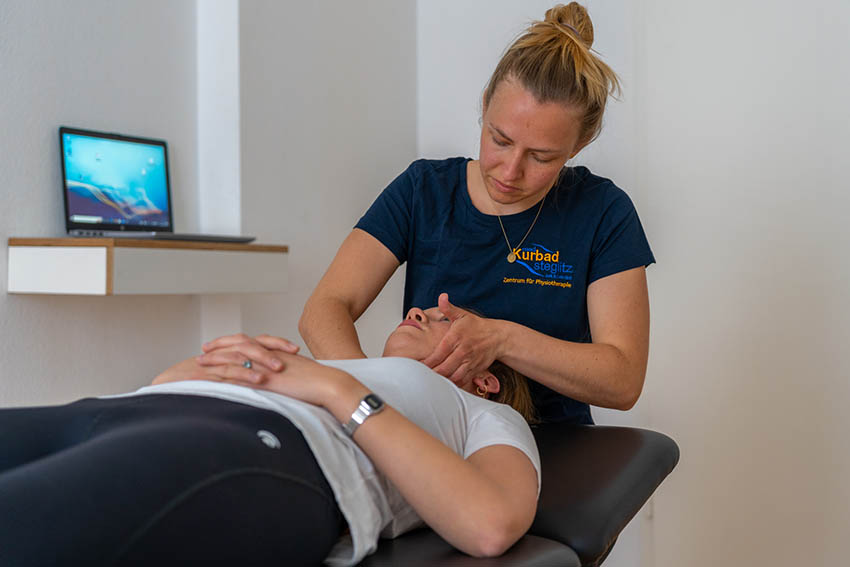 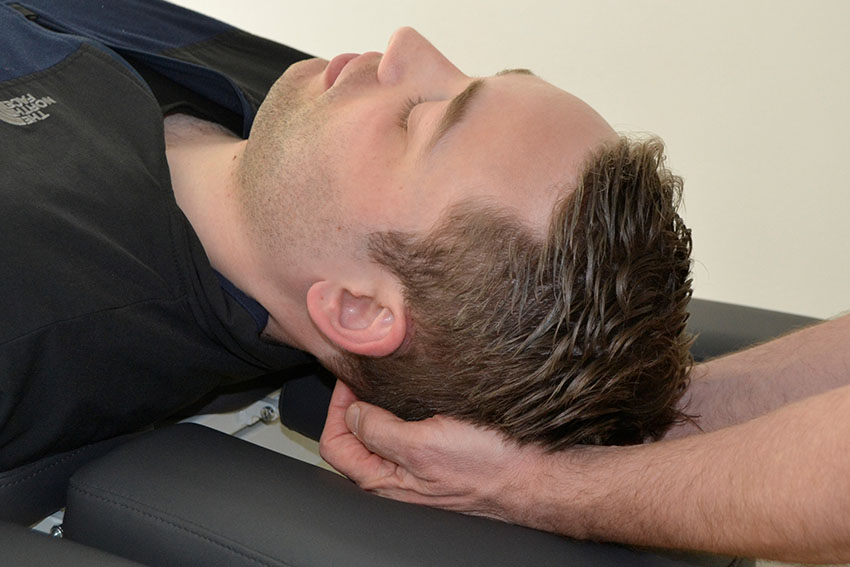 Craniomandibular dysfunction (CMD) causes discomfort which is directly or indirectly associated with the head and jaw joints as well as the cranial bones.

Causes of altered craniomandibular joint mobility may include e.g. whiplash traumas, accidents with head injury, misalignment of the jaw joints and malocclusion of the teeth, but also malposition of the pelvis or changes in the cervical or thoracic spine. For instance, an unfavourable head posture causes a rearward displacement of the lower jaw, so that the teeth are no longer aligned for a precise bite.

A tooth extraction, after which the missing tooth is not replaced by a bridge or an implant, can lead to malocclusion and the adjacent teeth may gradually migrate towards the gap.

As a long-term consequence, very painful changes may occur in the craniomandibular joints.

Craniosacral therapy (CST) is a very gentle form of therapy using light-touch with a profound, positive effect. The main focus of the treatment is the head (cranium) and the sacrum. Via these key points, the practitioner can release tension in the entire body. Craniosacral therapy is particularly suitable for chronic head and back pains and for a deep physical and mental relaxation.